The United States population that is age 65 and over is projected to increase considerably in the coming decades with older Latino/as expected to make up a larger portion of this group. Given these trends, understanding the health problems affecting older Latino/a adults is increasingly important.

The complexities that come with caring and treating individuals with dementia make it a particularly critical public health concern. The monetary costs of dementia are estimated to be between $157 and $215 billion in 2010 [1] and may reach $1.5 trillion by 2050.[2]

It is unclear how the population living with dementia will change in the coming years. With the aging of the United States population, the absolute number of Americans living with dementia and milder forms of cognitive impairment may increase.[2] However, previous work has suggested that the prevalence of dementia in the United States population, age 65 and over, decreased from 11.6 percent to 8.8 percent from 2000 to 2012.[3]

In recent work, my colleagues and I evaluated whether this decline extended to the Latino/a population in the United States. We examined a sample of 701 Latino/a adults who were age 65 years of age or older in 2000, and 807 who were age 65+ in 2012 from the United States Health and Retirement Study (HRS). We defined dementia and milder forms of cognitive impairment with criteria used in previous work.[2] 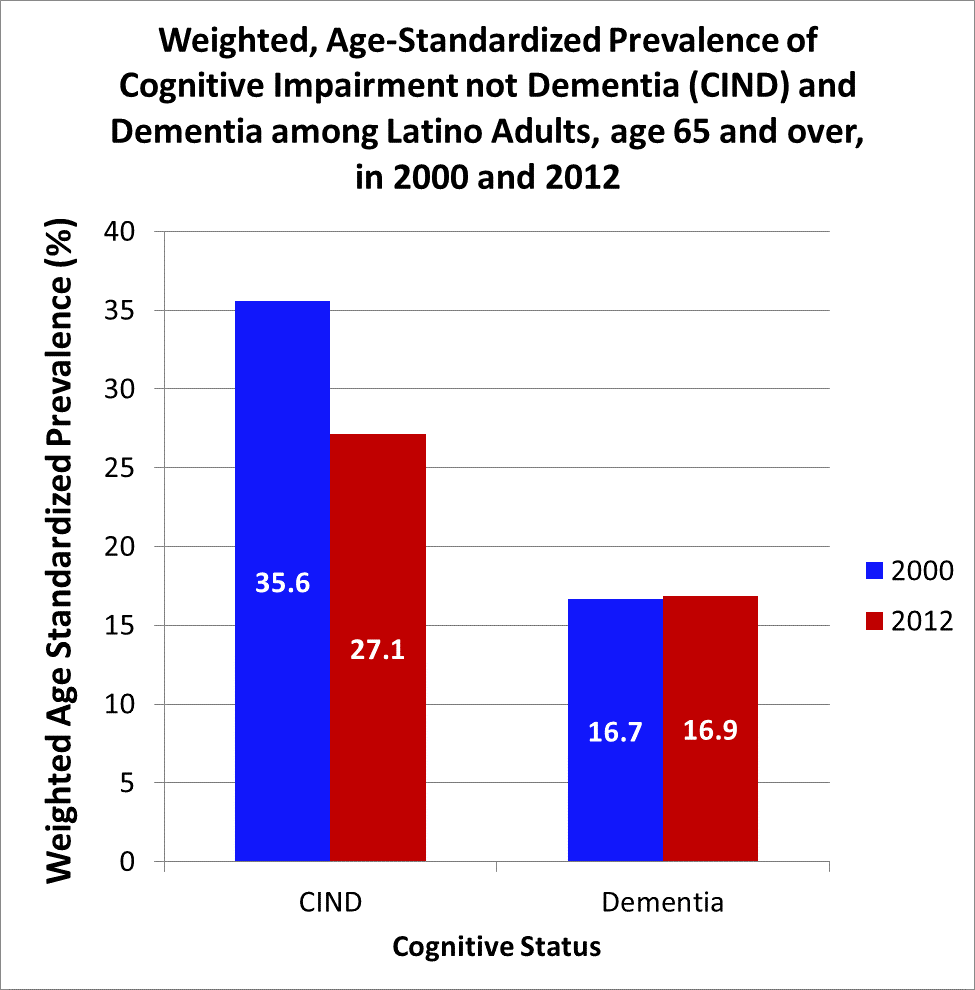 Our preliminary results point to the importance of educational attainment for preserving cognitive function into late life but require further studies to determine why the prevalence of dementia did not seem to decline among Latino/a adults, age 65 and over, over the start of the 21st century.