Over 5 million Americans aged 65 and older are living with Alzheimer’s disease (AD), and that number is expected to increase significantly in the coming decades. With 10,000 baby boomers turning 65 every day and the failure of scores of clinical trials aiming to treat and/or cure AD, the nation faces a pressing need to stem the crushing costs for individuals and society, the diminished quality of life for patients, and the significant burden of the disease for patients’ caregivers and families.

Schaeffer Center researchers are analyzing trends associated with a greying population, including AD prevalence and cost, and what these trends mean for society.

Delaying Alzheimer’s Disease by Even One Year has Significant Benefit

Zissimopoulos, St. Clair, and Crimmins used the Schaeffer Center Future Elderly Model – a sophisticated simulation tool that projects the health and economic outcomes of individuals – to estimate the impact of delaying Alzheimer’s  by one, three, or five years. They find that delaying onset – by even just one year – can yield major benefits both in quality of life and overall costs.

According to the study, which was published in Forum for Health Economics & Policy, annual formal and informal costs of individuals aged 70 and older with AD were $307 billion in 2010. This includes $181 billion in formal costs (most of which accrue to Medicare and Medicaid) and $126 billion in informal costs (which include costs to family members who are caring for the individual with AD). By 2030, they estimate total costs will rise to $624 billion, and to $1.5 trillion by 2050.

Three and five-year delays result in projected savings of $415 billion and $599 billion, respectively, by 2050.

In terms of prevalence, delaying the onset of AD for 5 years would result in a 41 percent lower prevalence in 2050 among those aged 70 and older.

Zissimopoulos and her colleagues have used large, national data sets to look at trends in chronic disease and AD, which may offer insights to alternative approaches to the multiple failed trials on drugs designed to clear beta-amyloid or other proteins linked to the disease.

“…[M]any people who use cholesterol-lowering statins to fight heart disease seem to be on a slower track for developing Alzheimer’s than the rest of the population. Yet multiple hurdles make it difficult for researchers to undertake the definitive studies to determine whether and how to use these safe and inexpensive drugs to prevent Alzheimer’s, ” Zissimopoulos wrote in an op-ed in STAT.

In a study published in JAMA Neurology, Zissimopoulos and her colleagues show that, based on a sample of 399,979 Medicare beneficiaries, some statins may be more effective at preventing or delaying AD than others.

Vascular diseases, and in particular hypertension, have long been recognized as a risk factor for AD and other dementias. What has been less clear is whether the medications used to treat hypertension have an additional protective element against AD beyond lowering blood pressure and for which populations. 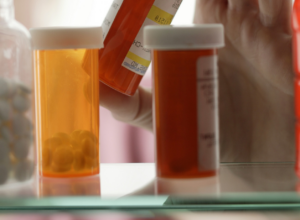 In a separate study, Zissimopoulos assessed antihypertensive medications and AD onset, showing certain types of antihypertensive medications may be more protective against the onset of Alzheimer’s disease compared to others, and these protective effects seem to vary depending on the race and sex of the patient. The study, published in PLOS ONE, was the first to compare the association between multiple types of blood pressure medications and the risk of acquiring AD across different populations.

Zissimopoulos and her colleagues analyzed the medical and claims data of Medicare beneficiaries who were prescribed antihypertensives (AHTs), identifying six different widely used therapeutic classes of AHTs and the patient’s race and sex.

Generally speaking, the way antihypertensive medications work can be categorized as either renin-angiotensin system (RAS) acting or non-RAS acting. The RAS is a hormone system that regulates blood pressure and fluid levels in the body.

They found a specific type of RAS-acting drugs, angiotensin-II receptor blockers (ARBs), are more protective than other anti-hypertensives, such as ACE inhibitors and four other non RAS-acting classes of drugs. The reduction in risk was strongest for white males, who showed an 18 percent lower risk when using this type of blood pressure medication compared to those using the other non RAS-acting classes of drugs. In addition, ARBs were protective for black and white women. The study found no effect for black men, and Hispanic men and women.

Neither of these studies provide the cause-and-effect evidence of a clinical trial but rather suggest an avenue of using electronic medical records and insurance claims data to evaluate real-world evidence, providing another opportunity to understand trends in AD and dementia.

Accelerating Innovation from the Research Pipeline to Patients

The Schaeffer Center hosted a roundtable on the opportunities and challenges in Alzheimer’s disease research in our era of incremental innovation. Bringing together a diverse slate of stakeholders, the discussion focused on policy approaches to more efficiently move incremental drug innovations from research pipeline to the patient.

The chairs of the roundtable – Dana Goldman, Howard Fillit, and Pete Neumann – published a perspective in Alzheimer’s & Dementia outlining three critical issues that need to be addressed to effectively move innovation forward:

Policy levers that could be employed to ensure progress in developing effective drugs and getting them to patients include deploying a post-market surveillance study system; fostering better collaboration between industry and the academic and clinical fields; developing innovative payment approaches that share risk; harmonizing policies at the FDA and Medicare requirements; adopting “coverage with evidence development” policies to allow conditional coverage; and adding flexibility for drug companies to communicate with payers about data and outcomes in diverse clinical settings.